Metamorphosis: Lean into The Future

Debunking the 5 Myths of Construction Productivity 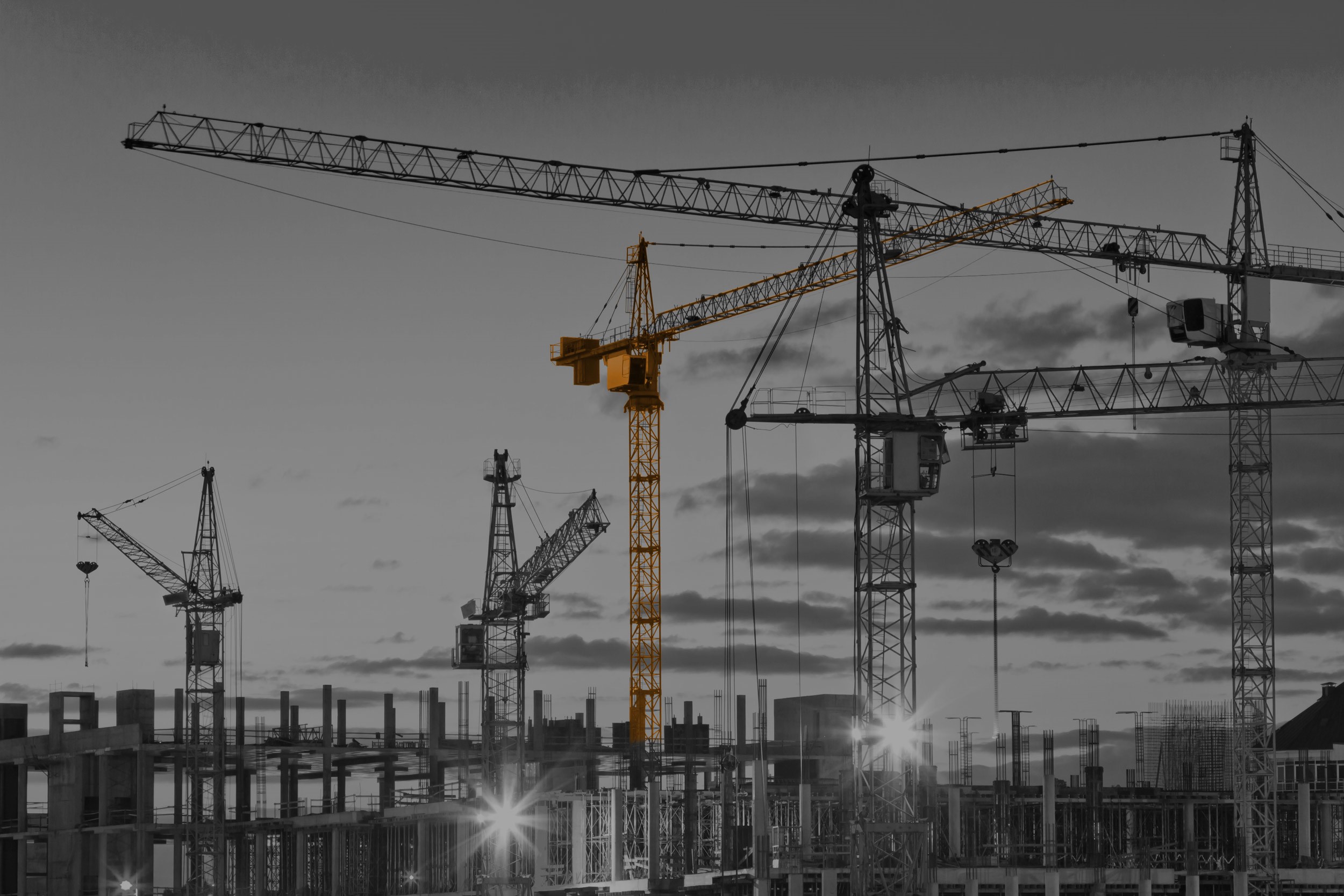 For decades productivity performance in the construction sector has remained consistently below the UK average and significantly lags behind industries like manufacturing, transportation and even agriculture. The correlation between higher productivity and higher profitability for businesses is stark, and in construction, increased productivity directly results in delivering projects faster, better, safer, cheaper and greener. Much like Paul Krugman, the famous Nobel Memorial Prize winner in Economic Sciences, said, “Productivity isn’t everything, but in the long run, it’s almost everything.”

The wider industry is now waking up and beginning to grasp the size of the challenge and opportunity related to improving construction productivity. At Project7 Consultancy, we have conducted a study to generate real-world accounts and cross-functional industry insight to capture the challenges that continue to plague the sector. In this study, we identified five common themes that inhibit productivity enhancements. This article
will address each of these, uncover the root causes and share practical insight into how leaders can address these challenges.

Our study found a near-universal lack of understanding about what defines productivity and how it impacts business performance. For clarity, here is a clear definition of construction productivity, highlighting its relationship with Gross Domestic Product (GDP). Crucially, this is the much-maligned figure used to underline the industry’s poor performance.

We measure construction productivity as the ratio between the economic output of work completed and the input of the resources (human, capital and material) consumed in the production of that output. At a high level, a productivity measure isn’t that useful as this could differ wildly depending upon each build. For example, fitting a bathroom out with gold-plated taps compared to brass taps would alter the productivity ratio. Even if both projects took the same amount of time and human resources, the output (cost) of the completed work
would be greater in the case of the gold-plated taps – resulting in a disproportionate ratio.

To benefit from measuring productivity, Construction Leaders need to understand what drives the measure and gain better control of the inputs to productivity performance for their critical processes, platform solutions and products, including;

As mentioned in our first myth, increasing the percentage of Pre Manufactured Value on our projects and, in turn, reducing the time, cost and resources required on site compared with traditional construction will be transformative in terms of increasing productivity performance across the industry. However, MMC are not the holy grail of improving productivity.

There are still significant improvements that Construction Leaders can still make through incremental small-step improvements (Daily Kaizen) that can transform industry performance. In particular, small to medium-sized contractors must not see the expense and R&D required to implement MMC & PDfMA as a blocker to raising the performance bar.

Construction Leaders should ask themselves; do I positively challenge my teams to improve their processes by a few seconds every day and do we have a Lean Operating System which manages, monitors and controls this process?

The digital transformation age is gripping the construction industry, and the availability and range of data accessible to our projects are immense. So why do we see construction projects with masses of data but limited actionable insights and recurring problems? What is the purpose of data? We generate data to enable us to make accurate decisions, and over time, those actionable insights will develop wisdom through continuous learning.

In our experience, we see organisations trapped in the analysis paralysis of data and spending vast amounts of time and resources managing the processes surrounding this without delivering any benefit. We know that operationalising data through effective Tiered Visual Performance Management and driving actionable insight at the shortest interval of control creates a social mechanism for regular performance dialogue and a platform for continuous learning.

Construction Leaders should scrutinise the data their projects produce to understand how to capitalise on something that went well or how to improve something that was a deviation to plan or a standard. All dashboards should include action, owner, deadline and status; if they don’t, they’re not adding value.

During our study, we noticed that 60% of respondents highlighted that culture in construction was
not conducive to a Continuous Improvement mindset and that leadership behaviour and the complex
nature of construction was a barrier to higher productivity. At a strategic level, the ambition to improve
the industry is growing. However, at a tactical level, there are simple behavioural shifts that frontline
leadership can exhibit, which will begin to build the climate required to foster Continuous Improvement.

We have listed two leadership principles that construction frontline leaders can implement without
requiring business investment or organisational changes.

Leadership Presence:
You are the shadow you cast.

Three elements make up Leadership Presence, and leaders should understand how their thinking, words and actions can create a motivating presence in the work arena.

Coaching for Success:
Leaders should coach, not fix.

Leaders must implement a systematic coaching approach to daily problem solving to develop individuals to find their own solutions and provide a daily management system that:

Practical problem solving requires people to gather a profound understanding of the current state and methodically implement improvement measures to address the root causes of those issues. To ensure they do not return, individuals continuously test their results to check if they have had the desired effect and may implement further corrective actions if required.

Fire fighting requires none of the above absorbing massive amounts of time and resources to leap from one fire to the next, and rarely addresses the actual root causes of problems, so they will inevitably return. During our study, the majority of the frontline leadership we surveyed said they don’t have time to problem solve or do not have the requisite skills for practical problem solving following the scientific method.

The problem-solving deficit in construction is a byproduct of the systemic issues highlighted in this article. Without resolving these, organisations will continue to compound cost and schedule pressures, ignore stress and burden on site supervision and increase rework and safety instances.

Understand the
cause of a problem.

Capture and implement
the immediate steps
to stop the issue from
hurting the project.

Capture and implement
the longer-term actions
required to ensure the
problem never returns.

Document and share the
new standard ways of
working.

To close, we want to highlight that our study reaffirmed people’s passion and enthusiasm for working in the construction industry. We recognised a genuine desire to improve and influence the change required to create a sustainable construction model which can continue to bring about generational social value and transform the built environment. We hope this thought leadership article provides a powerful insight into how to address the sector’s challenges. 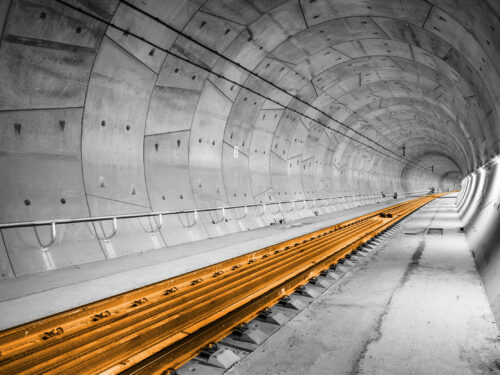 How to Reduce Construction Rework Costs 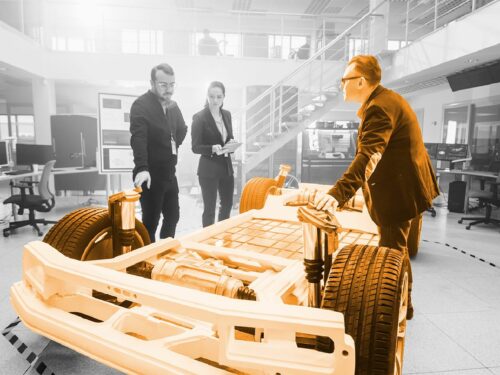 Lessons the Construction Industry Can Learn from Lean Manufacturing